Last month I ran The Aloha Run in San Diego on a beautiful day near Mission Bay!  This event has a 5k or 10k option and I ran the 5k with my mini-runner in the Bob Stroller.  The pricing for this run ranged from $30-$55 depending on your registration date with an option to add a timing chip for $2. I actually was able to run this for FREE and I’ll tell you how a little later on.  So onto the race breakdown!

Expo/ Packet pick-up: There was a packet pick-up option the day before the race at Road Runner Sports.  I was unable to make it in time so I snagged my stuff the morning of the race. This is one of the perks of pushing a stroller during a race – you always have a place to stash all of your race goodies.

Parking: Free parking was available close to the race start line if you arrived early enough.  I, of course, arrived last minute so I had to park about a half mile away in a big dirt lot.

Race location: The event was held at Tecolote Shores Park in Mission Bay near Sea World.  Many races are held in this area due to its flat, paved course (although some spots can be a bit narrow when trying to push a stroller). It’s also a very scenic area along the water and the weather was great in the morning, but it got pretty warm later on.  Luckily, the race began at 7:30am so I was able to enjoy some of the cool breeze before the heat set in. 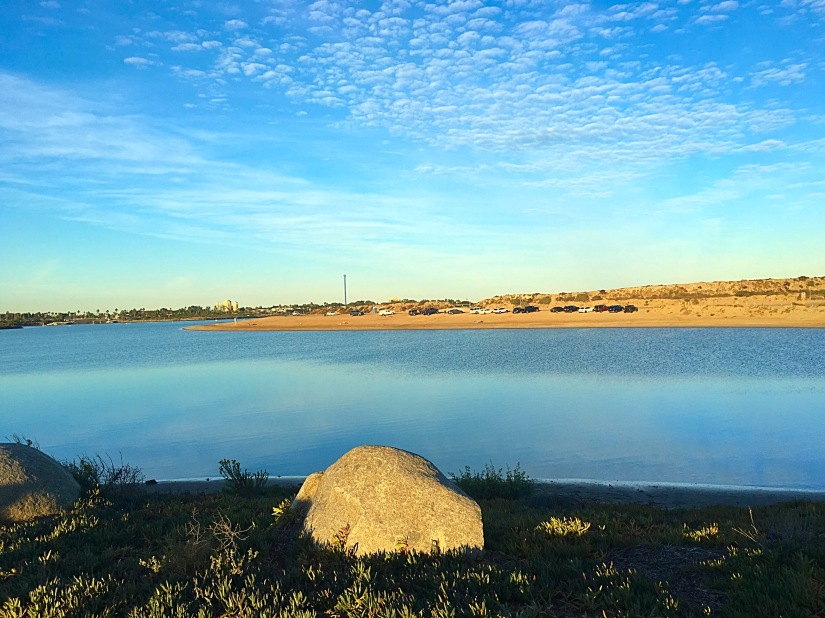 Race Course/Organization: Again, the course was flat and paved…however it was quite a crowded race.  And since it is considered a fun run, many people were walking and hogging up the whole sidewalk.  The 10k started 15 minutes prior to the 5k and we were separated into waves about five minutes apart.  I started a little towards the back since I had my stroller and wasn’t planning on trying to PR.  This was a big mistake because I got stuck behind tons of walkers…so if you plan to run this race in the future, and I mean actually RUN, then I suggest starting at the front.  But the course was unique in that there were various areas of Hawaiian entertainment along the way.  How fun! 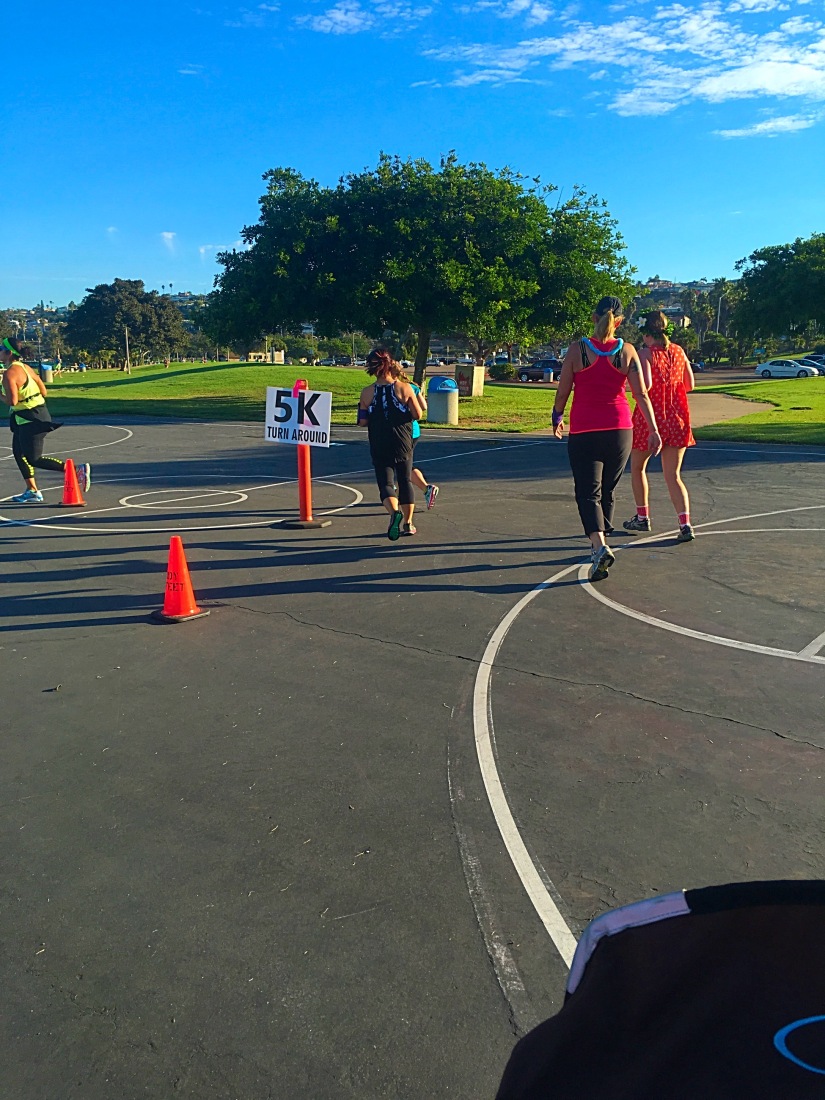 Finish Line/Post-Race party: We were greeted at the finish line with a beautiful medal (my mini even got one!) and some water that tasted not so great.  There were lots of vendors and there was finally a good DJ!  He stayed near the band and gave out prizes to the dancing audience.  He also was the one getting us hype during the wait time in our waves at the start of the race.  People were also walking around handing out leis to everyone, but I think it would have been more dope if they had given them out along with the medals at the finish line. 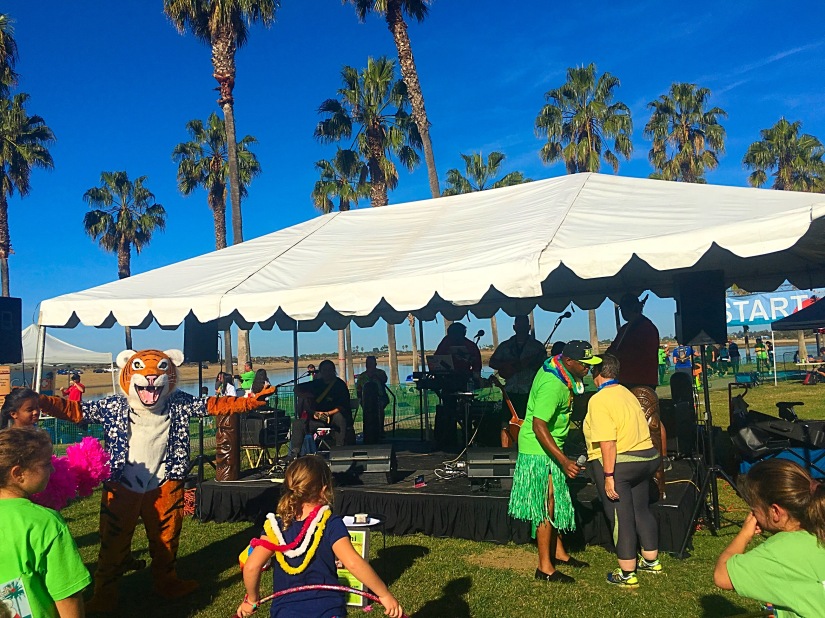 And two of my fave vendors were at the race: Hubert’s Lemonade and Arctic Zero! 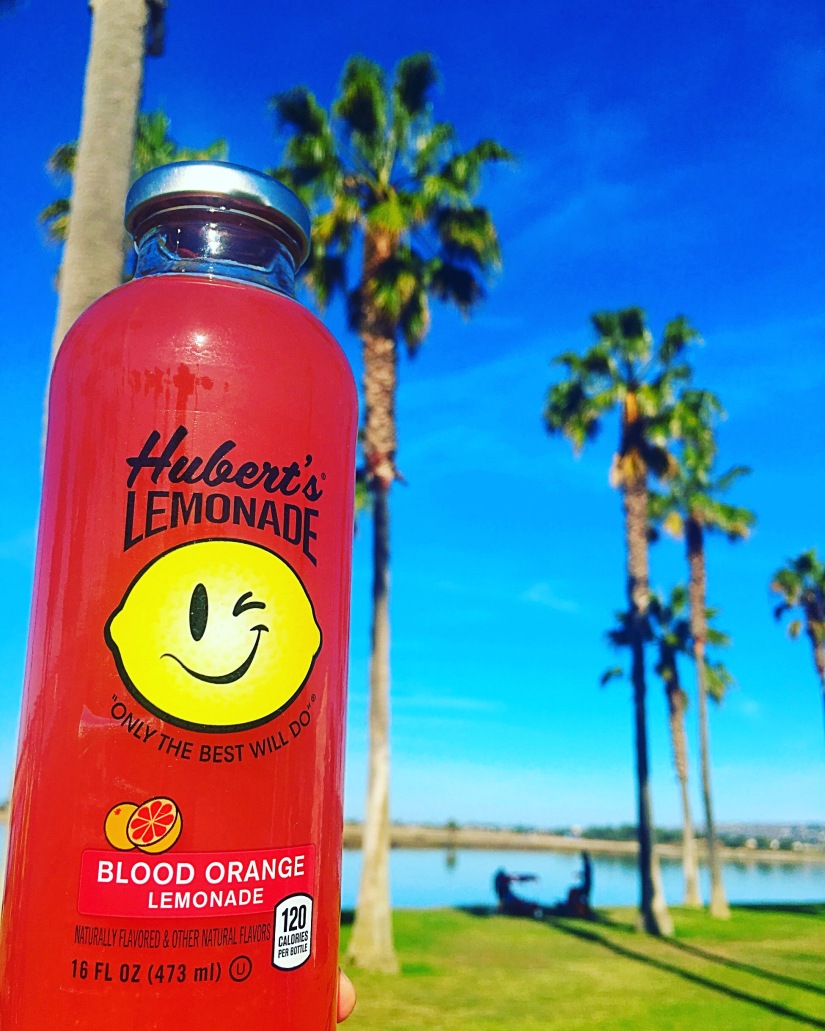 My mini also approved of these flavors!  Check them out!

Overall impressions of the event: I loved the location, especially since it was right next to a playground so my daughter could let out some energy after being in the stroller for a while.  The scenery was also beautiful and fit perfectly with the Hawaiian theme.  The only downfall was that it was crowded, so I would start towards the front next time.  Overall, I had fun and really felt positive vibes throughout the event! I liked the different elements of Hawaii that were incorporated throughout the race and the volunteers were all very friendly and helpful.  I also ran this with a couple of other Stroller Warriors which made the post-race experience even more fun!

How did run for FREE?!  The Aloha Run held a contest on their Facebook page about a month before the race.  The challenge was to write a short poem about running and the post with the most likes would win a 5k entry (not including the $2 price of the timing chip).  Only about four of us entered and I shared on my personal FB page asking people to help out by liking my entry.  And my friends totally rock cause I won! So a big Mahalo to all of you that helped me score a free race entry! Many races run these types of contests on their Facebook pages so keep a lookout and you could win, too!

-A beautiful medal with leis

-A unisex cotton shirt, which ended up being too big

-Bunch of coupons and flyers

And the hula skirt moves! 🙂

What do you think?  Did you participate in The Aloha Run and score some great swag?!  Or maybe you ran the Long Beach Aloha Run and had a different experience?  I’d love to hear!

See you at the next event! Aloha! 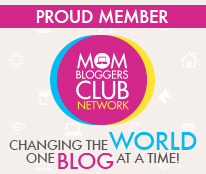